Aggie Gund saw @ava DuVernay’s “13TH” and decided to do something about mass incarceration. To the tune of $100M. https://t.co/TEB8n9hGCq

Four Georgia Tech biomedical engineering students behind CauteryGuard “redesigned an electrocautery device by adding a retractable tip.” It eliminates cautery based fires and burns in the surgery room when the device isn’t in use. Reportedly by surgeons who have used the prototype the retraction feature actually enhances manual surgical dexerity vs. the opposite. The team nicely quantified the frequency of cauterization in hospitals and also dental practices, and statistics on injury and fires from equipment burns.

“I think the essence of science—what really makes it so much fun—is to do what others aren’t doing…rather than doing what everyone else in the pack is flocking to…I think it’s a problem when the word ‘useful’ is treated as a synonym for something that can be commercialized in the next few years.”

For some business models I lack enthusiasm, especially at a certain scale.  Webvan was one.  In 3 tweets is decent capture of both my low appreciation for, if another’s foreseen long-term viability of, the grocery delivery start-up Instacart.

Why are people surprised at Instacart's success? It's so basic. Uber moves you. Dropbox keeps your data. Instacart brings you food.

@paulg You can't "bring me" the 3rd ribeye off a roast or know how firm I want my apples. If you can, it's because you're already my valet.

@paulg If you can't, even if you can "basically" bring me orange juice I may as well pick it up myself when I get the 3rd ribeye and apples.

Also, research indicates most groceries and other items in a home were brought there by the lady of the house–the home’s “primary shopper.” Purchases she didn’t make often still required her approval. I know her. I am her. She’s picky.  She won’t outsource everything.

Dutch design studio Tjep. has rendered skeletal furniture from bronze to create a design collection “totally opposite to the technology-driven trends.”

The back of a head has never been more interesting. The songwriter and singer phenomenon known as Sia is exemplary for something rare in the business: Rejectionism for a conventional music industry alongside extraction from it of mass appeal. See the comments:

Despite capsules like, Why Sia is a marketing genius…not a reluctant star, she can legitimately be both. Sia is smart enough to know it wouldn’t work if it wasn’t authentic. Her back to the audience you have no choice but to listen–what we once did with music–as you can’t see her. Her album debuts tomorrow.

Already successful music artists tend not to bother attending Ivy League business schools mid-career. Exceptions include L. A. Reid who did a stint before grabbing the reins at Arista. Swizz Beatz appears the latest attendee. He is interviewed here at The Breakfast Club Power 105.1 on his latest trek in the HBS Owner/President Management Extension Program.

At issue for him are “graduating your brand” and “being an owner for real.” The artist’s hustle has relocated from the street corner to the studio to the board room. Beatz distinguishes “real” ownership (Dre’s Beats deal with Apple or Diddy’s Diageo-led portfolio driving a recent honorary doctorate) from puffery label deals with bad ratios.

Music industry players–regular first movers but also creative last movers and re-mixers of 1st movers–are consummate taste-makers and masters of technology, marketing, culture, and brand extensions. Beatz makes the case for an academy-based management competency and breakout collaboration networks offered by selective academic stints. Artists like Beatz who enroll to “sharpen their pencils” and do a brand upgrade may inadvertently rebrand some B school culture.

Literally off the beaten path is the below article I acquired in 1999 which appears nowhere else online today—at least according to Google. One reference to the article by a blogger does exist as learned via offbeat search engines duckduckgo and Dogpile. At 911 words it’s a succinct equation for the global oil business, with effective price setters in the oligopolist Saudis and Iraq, and disgruntled price takers in not simply consumers, but principally less formidable Western suppliers.

It frames US military intervention in Iraq in market terms virtually unfound in Western media.  Western circulated fears for mass consumption concerned a supposed threat of retaliatory diminished oil supply by then Iraq President Saddam Hussein. Unchallenged was the irrationality of a regime whose economy depended on oil sales, foregoing oil sales.

This article presents the opposite case–excess supply and, hence, lower world prices and raised profit thresholds for smaller (Western) suppliers–as the actual fear by the Western investor class unbeknownst to the electorate.  It remains instructive on the oil market today. The article’s premise—rarely heard by American audiences—is directly supported in U.S. legislative transcripts like that of Senate Hearing 106-86.

This is one for doing good and well. This quickly growing Nigerian-based startup captures value from waste. Its young CEO who I first met in the US explains the opportunity she saw and the value-creating practicality of its incentive-driven and low-cost operations. Billikiss Adebiyi is one who struck me from the start as more than managerially thoughtful or entrepreneurially talented, but flat out smart and humane, with profound emotional intelligence. She can read scenarios for genuine upsides, and people–even off-beat characters like me–and finish their thoughts better than they would have.

Regularly, start-up CEOs with some success are praised for their smarts or vision or brands, or for “break things” mantras or disrupt coefficients, while being prickly or not too likable is virtual cache. This is a solid and refreshing counterexample: Supreme talent + likability.

Here is a photo commentary on illumination and framing, and ultimate perspectives. This Peruvian beach house by architect Javier Artadi is a creative architectural solution under different lighting conditions, viewed from different angles. 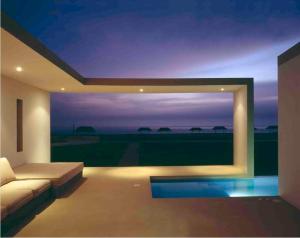 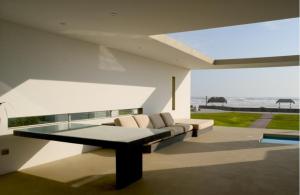 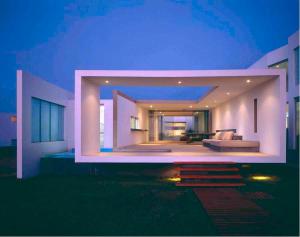 The first woman to win the coveted Pritzker prize or “architectural Nobel”, visionary Zaha Hadid is a design phenomenon. Her vision for built environments and beyond represents a critical permutation for the physical world. Here is a primer on her work.